Although we didn’t know whether we could use the ticket or not, both Rinie and I bought the return ticket to Melbourne.

That’s happened not just once when we want to travel with limited budget. Especially as a student, they even offer us some backpacker program for cheap travelling.

Close to the time, I contacted my friend whom living in Melbourne wondering if we could get a space in their place during our visit. This often happened to  reduce a spending on accomodation hehehehe.

When they agreed, we finally decided to take the journey. Both Rinie and I went to Melbourne by flight and continue taking the train from Melbourne airport to the city. Finally I met my fb friend. 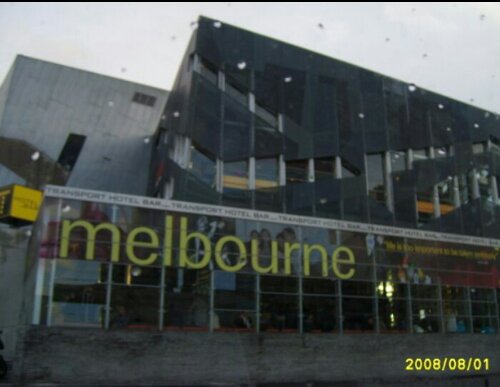 It was windy and we took the bus for city sightseeing. We stopped at the Victoria’s market and it is recomended for exploring. 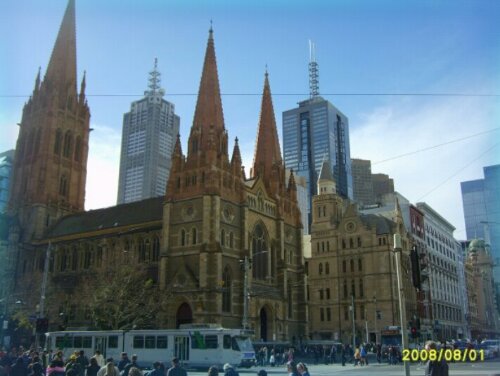 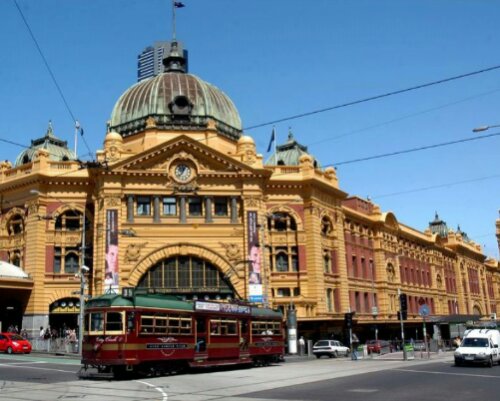 Second day, we went to rent rent a car and take a trip to see the snow at Mount Buller. An easy three hour drive from Melbourne, Mt Buller is the most accessible major snow resort in Australia and a premier ski destination for snow enthusiasts from across the nation and around the world. 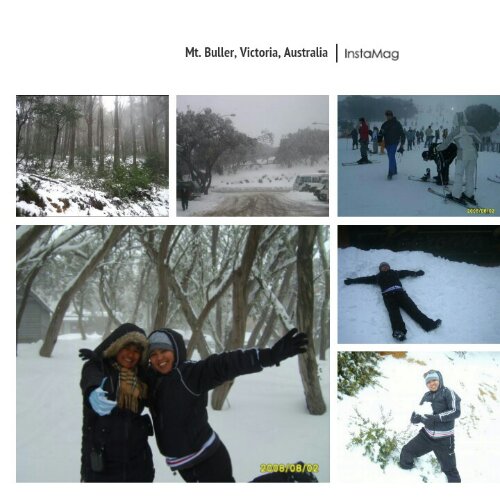 I touch the snow ice at Mt. Buller, Victoria, Australia

It felt great, to see the real white snow and touch the ice for the first time. We didn’t have much time for skiing but still, we were playing on the ground. Besides we were told to leave the mountain before the snow fall because our car didn’t equipped with the tire chain and it will be slippery with the snow on the road. 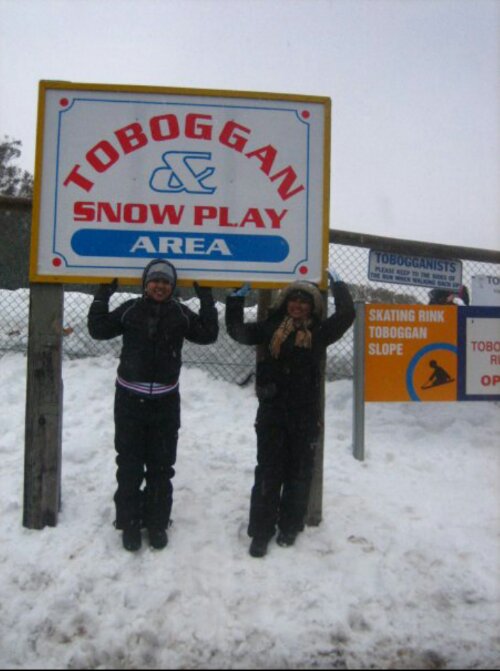 On the way back, we took a small trip to Souvereign Hill and former goldminee Ballarat. Sovereign Hill is just like stepping back in time to gold rush Ballarat during the 1850s. From the hustle and bustle of Main Street where costumed ladies and gents parade their new-found wealth, to the excitement of the Red Hill Gully Diggings where visitors pan for real gold and it’s ‘finders keepers’! 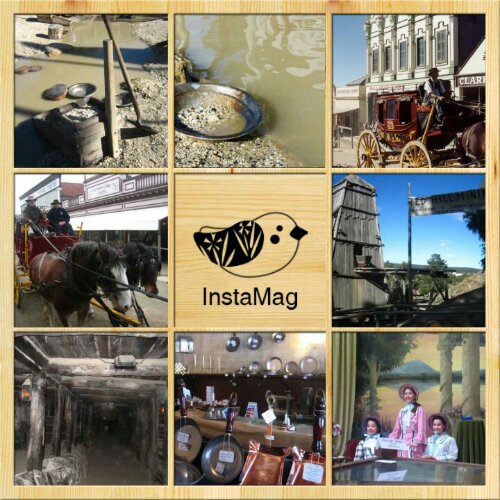 Visitors can see a $150,000 gold pour, ride in a horse-drawn carriage and watch street performers, including the Redcoat Soldiers who march and drill before firing their muskets. Along Main Street, there are shops selling 1850s-style goods, hotels and schools to visit, and a theatre with goldfields entertainment.

For the adventurous, there are underground mine tours with an inclined tramway ride. And those with a special interest in 19th century trades can chat with our skilled craftsmen at work in the blacksmith’s forge, the candle works, the wheelwright’s plant, the coachbuilder’s and the confectionery factory Sovereign Hill entry also includes entry to the Gold Museum which displays a beautiful exhibition of gold and Ballarat history.

It’s almost dark when we left Ballarat. It’s a valuable tour for me, gave me some idea that although the nickel mining company closed in Sorowako one day, it will not bring the death city in, if we could turn the factory into the tourism purposes.

In Ballarat, even the community services attracted tourists for taking a pictures with the gown, with the cooking equipment, even with the mining uniform.

A short visit but means a lot to me.